The parish was first settled in the Neolithic period, the remains of this occupation and also that of the Bronze and Iron Ages can still be found. The Doomsday Book of 1086 recorded seven settlements within present parish boundaries, Altarnun (a corruption of the earlier Altarnon) then known as Penpont, but takes its present name from the 6th century Church of Saint Nonna where St Nonnas alter was originally preserved. Legends of the early Celtic saints describe how they used to carry the portable stone altar with them. Nonna was the mother of St David and is the patron Saint of Pelynt near Looe.

Many people will visit Altarnun to see the church, known as The Cathedral of the Moor because of its size. It is mostly 15th century, but it holds a beautifully carved Norman font with strange faces at the corners and also a wealth of 16th and 17th-century woodwork, as well as the intricately crafted 15th-century screen. In the churchyard is a Celtic cross thought to be at least 6th century. A significant restoration of the church was undertaken in 1867.

There is also a non-conformist connection at Altarnun; John Wesley came here to preach in 1744. The house where he stayed at Trewint was restored in 1950 and opened up to the public. Wesley Cottage continues to provide a unique visitor experience set in an 18th Century Cottage and Chapel which is thought to be the smallest Methodist preaching place in the world.

More famous names from the past are linked to the parish. Sculptor Nevil Northey Burnard was born here in 1818, and he left behind a carved head of John Wesley over the door of the former Methodist chapel in Rose Hill. The Wesley carving was crafted when Burnard was just 16 years old, installed 1836. Several more of his works can be seen adorning gravestones in the churchyard. He was particularly active in London and became famous when he sculpted the head of Edward vii, then Prince of Wales & Duke of Cornwall.

Within the current parish boundaries lies Bolventor, which was originally part of St Neot parish but in 1846 it became a parish in its own right before merging with Altarnun. During the 1840s and 1850s tin was mined, and it is believed that the hamlet that evolved from this activity got its name from the Bold Venture Mine.

Bolventor's claim to fame is being the locus of Jamaica Inn, originating in the mid 18th century under another name and used by Daphne du Maurier as the setting for her 1936 novel. Du Maurier visited the Old Rectory at Altarnun and featured it in 'Jamaica Inn' as the home of the notorious vicar, Francis Davey. The Inn acquired its present name in honour of Sir William Trelawney (the family were the then Lords of the Manor) who served as Governor of Jamaica from 1767 until his death in 1772.

The small church at Bolventor which is dedicated to the Holy Trinity is now privately owned. Between the 13th and 16th centuries, there was a chapel nearby dedicated to St Luke but was suppressed under the Chantries Act, circa 1547 and desecrated at the Reformation. It's font was moved to Tideford Church.

The 20th century was dominated by war and conflict. Those local men that fell during both world wars, of whom we are so proud, are remembered and named on memorials in Bolventor and Altarnun. 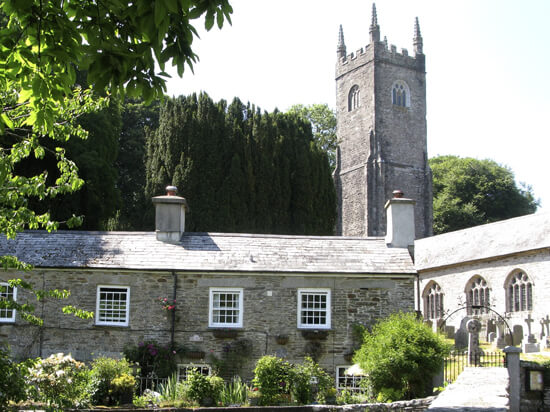 Cathedral Of The Moors
Wesley Cottage 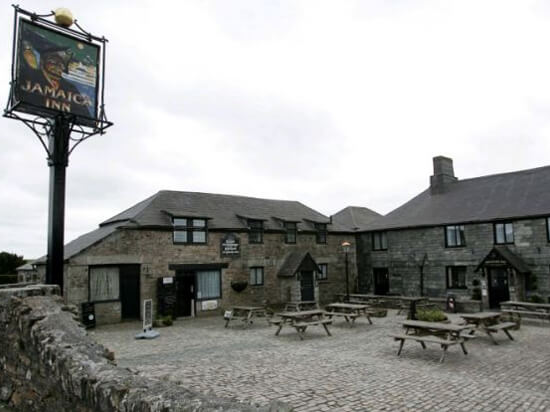